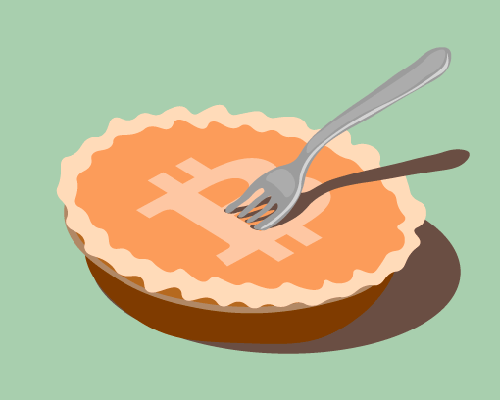 When is SegWit2x cancelled?

It has become known according to developers’ appeal, who worked on the project,that the hardfork SegWit2x which has been waiting in November,is called off. An appropriate appeal( massage) was spread by Michael Balsh (Bit Go), Jeff Garzik( main developer of SegWit2x), Peter Smith (Blockchain, info), Eric Voorhees ( Shape Shift ) and others. “ The initiative SegWit2x started in May from the simple purpose to increase the size or the block and improve the scalability of bitcoins.

At that time bitcoin society was in crisis after difficult discussions that lasted about three years. The consensus on SegWit2x was supported by 30 % of miners and seemed to be nothing more than a mirage. The first success of SegWit2x had been waiting in August when the dead end was overcome and activation of SegWit2x was realized very well. ”is said in the message. As it is noted further since then the team of developers has focused on their efforts on that second part of that project; to increase a block to 2Mb.

Our goal was to make a smooth upgrade of bitcoin. We held strong believe that it is necessary to enlarge the size of the block but there is the most important thing , we are quite convinced of it; it is to preserve the unity of the community. Unfortunately, it is quite clear that we were not able to reach a consensus on increasing the size of the block. If we continue working in this direction, we would divide the community and prevent the growth of bitcoin. it has never been a goal of SegWit2x.

At the same time the authors of the message consider that it is necessary to pay attention to the problem of increasing capacity of the power grid within the limits of the existing blockchain and it requires an urgent solution. “When it happens, we hope ,that the community will have united and find the solution, perhaps, through increasing the size of the book. We thank all people who have made a constructive contribution in SegWit2x ,whether they were for or against it. Your efforts make bitcoin great. Now bitcoin is the best form of money which mankind have ever seen. We support the idea of its growth and protection all over the world. ”

In May 2017, the main players in bitcoin industry including Bitmain, Bitfury, F2Pool, Genesis Mining,Shape Shift and others signed so-called New York agreement about activation SegWit2x and hardfork, meaning the increasing the size of the block to 2Mb.

At the same time , the developers of Bitcoin Core who are the official clients of the network didn’t sign it. This caused the dissatisfaction with a large part of community and in fact put the ecosystem on the verge of a split.

Later many representatives of community including payment service days of Bitwala and F2Pool, bitcoin communities in Brazil ,Argentina, Hong Kong and others criticized this agreement for insufficient transparency of conditions, not upgraded code and there was not any consensus. So, as a result, they come out of it.

Large companies as Coinbase, Bitmain Blockchain. info and some other famous representatives of crypto industry are still supporting this agreement. Jeff Garzik and his supporters refused the hardfork SegWit2x. Now it means that ecosystem is in the medium term and has a chance for further development. So ,the cause of the first crypto currency will grow. It should be noted that Jeff Garzik has recently announced his plans to launch a new crypto currency Metronome. Its development and further implementation include organizing are ICO. Заголовок——When is SegWit2x?